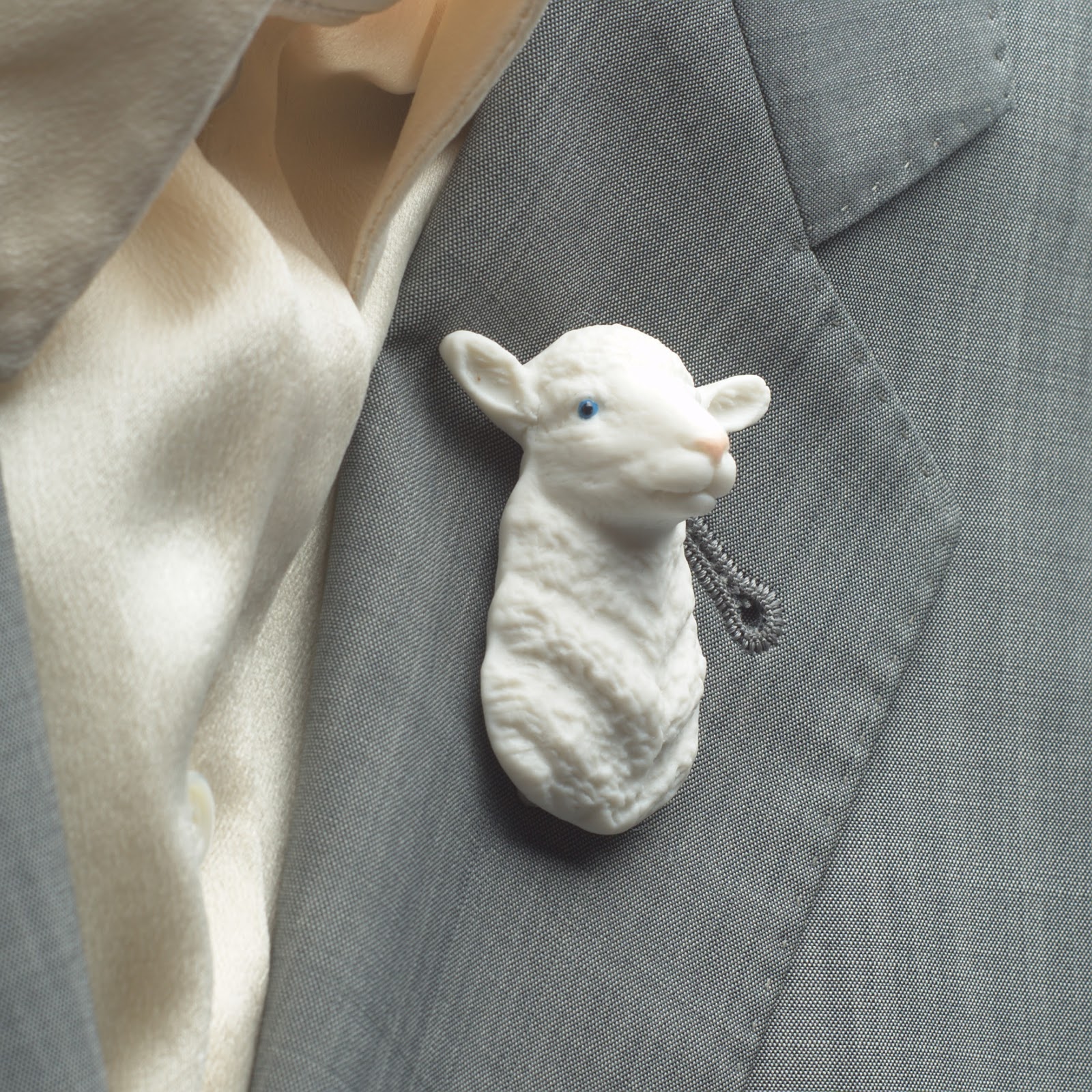 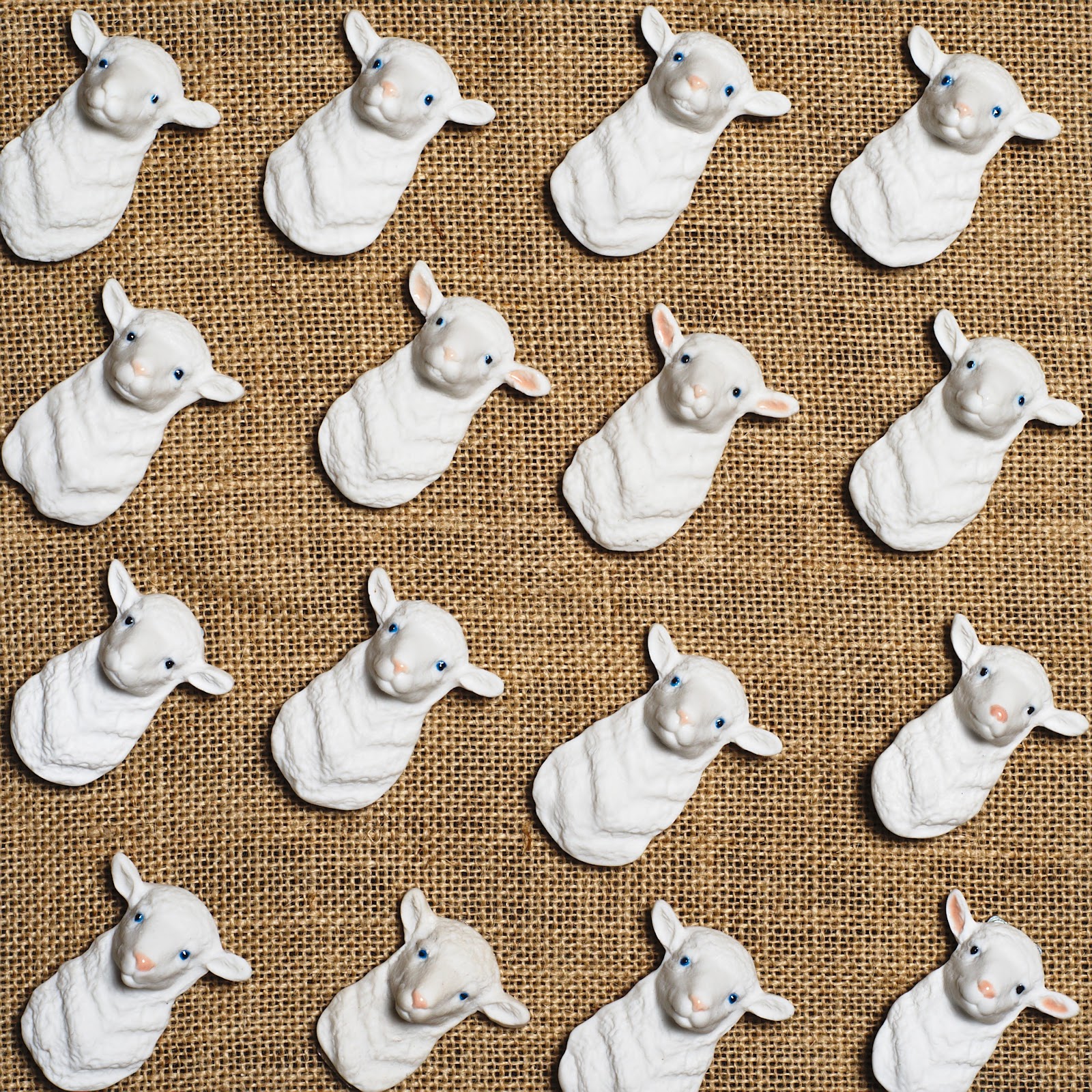 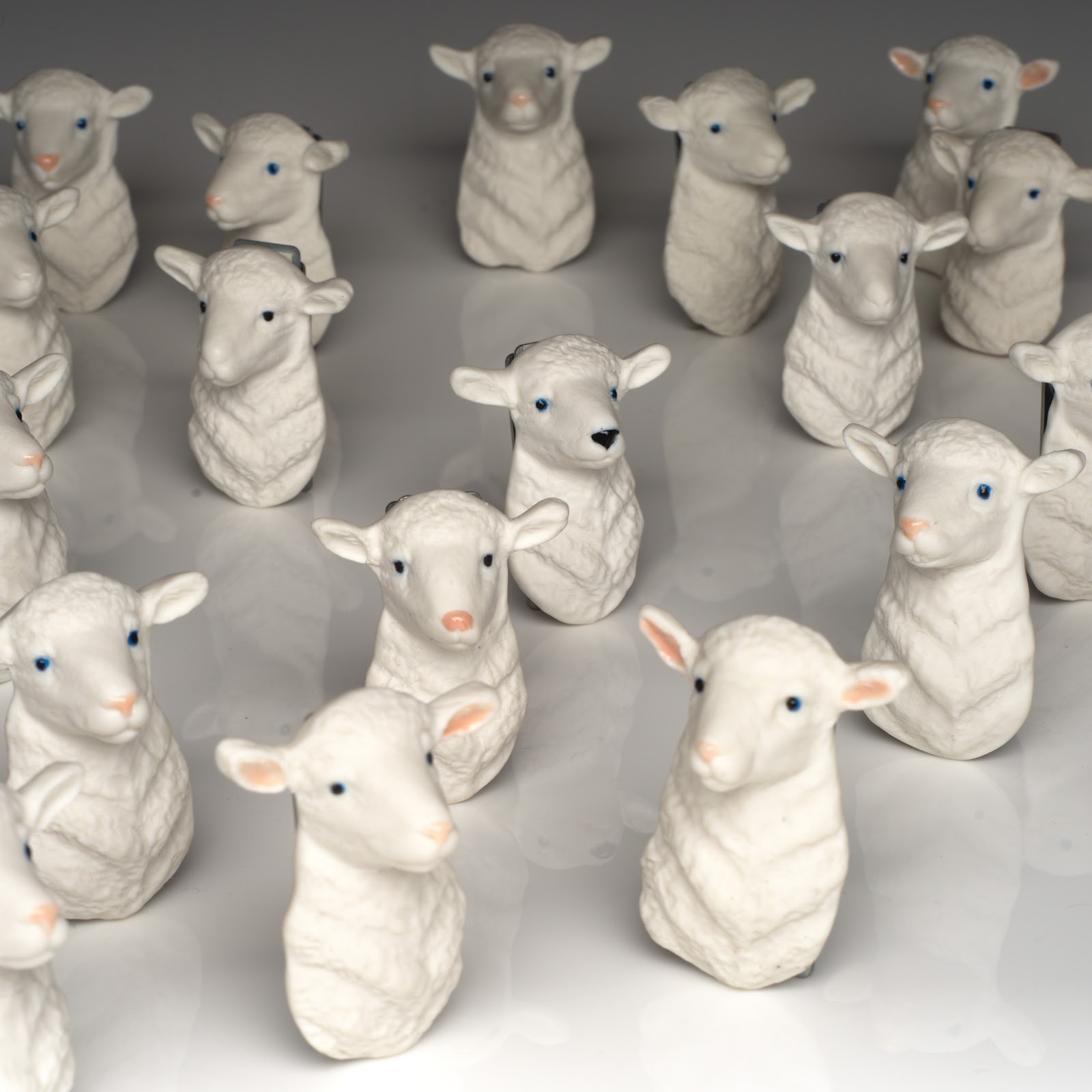 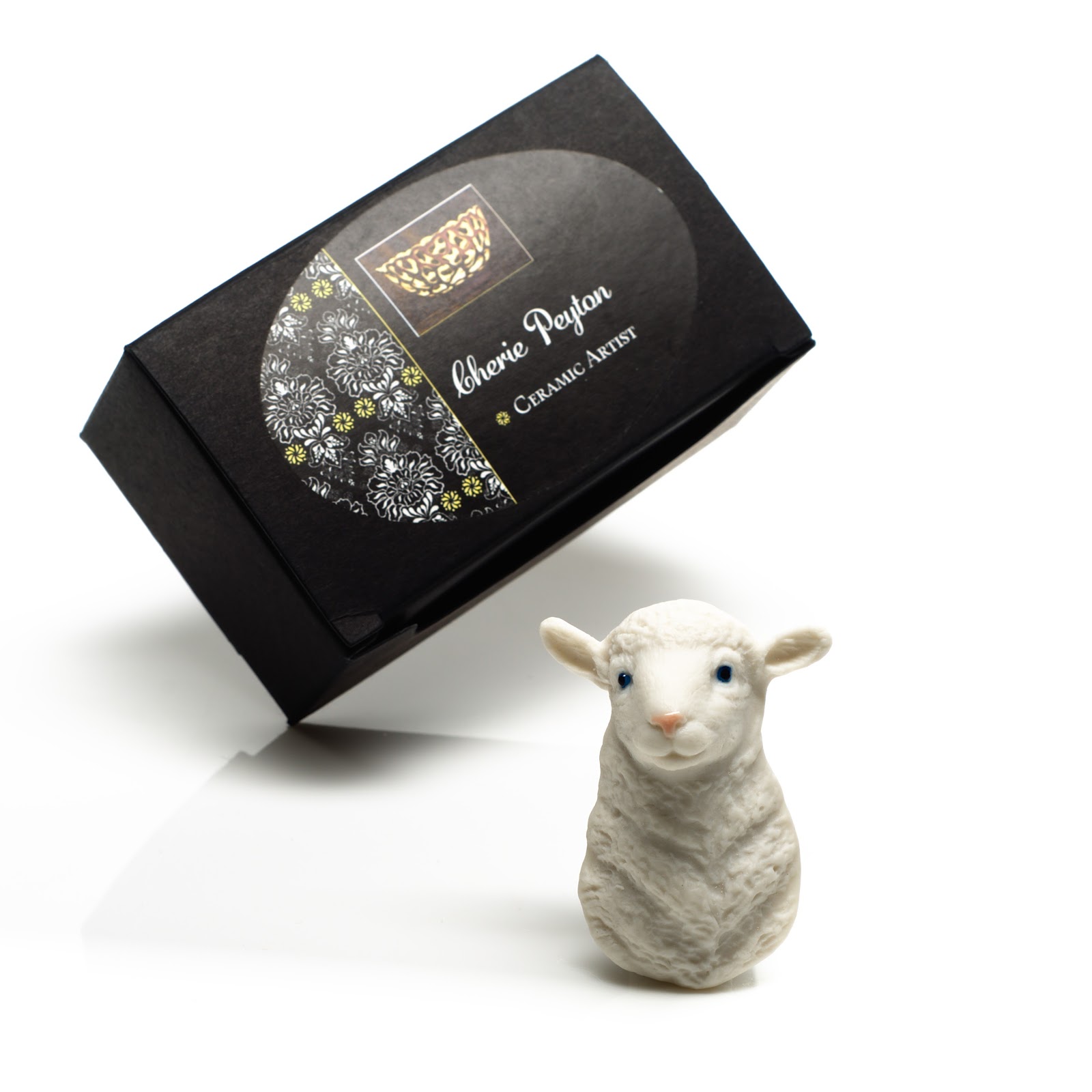 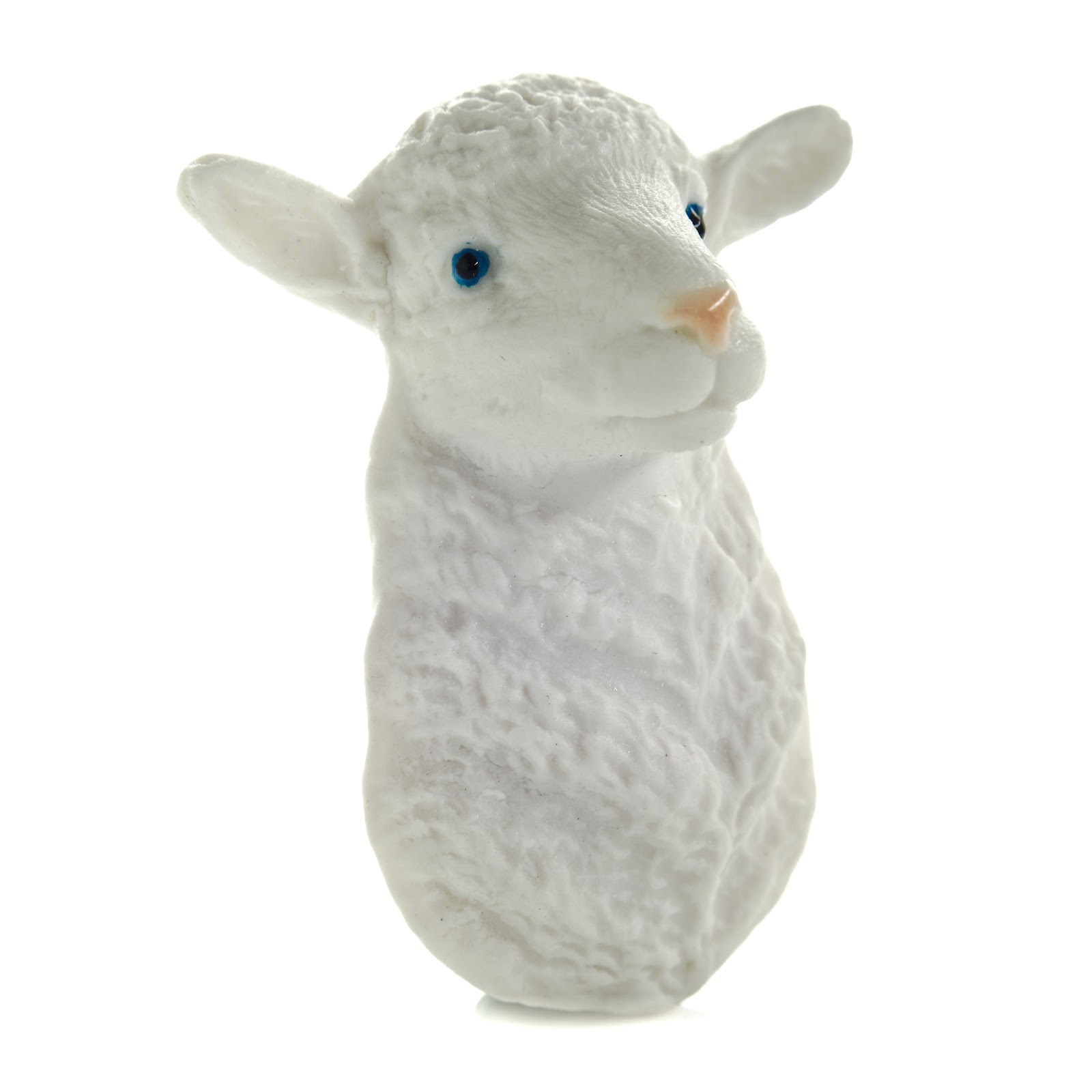 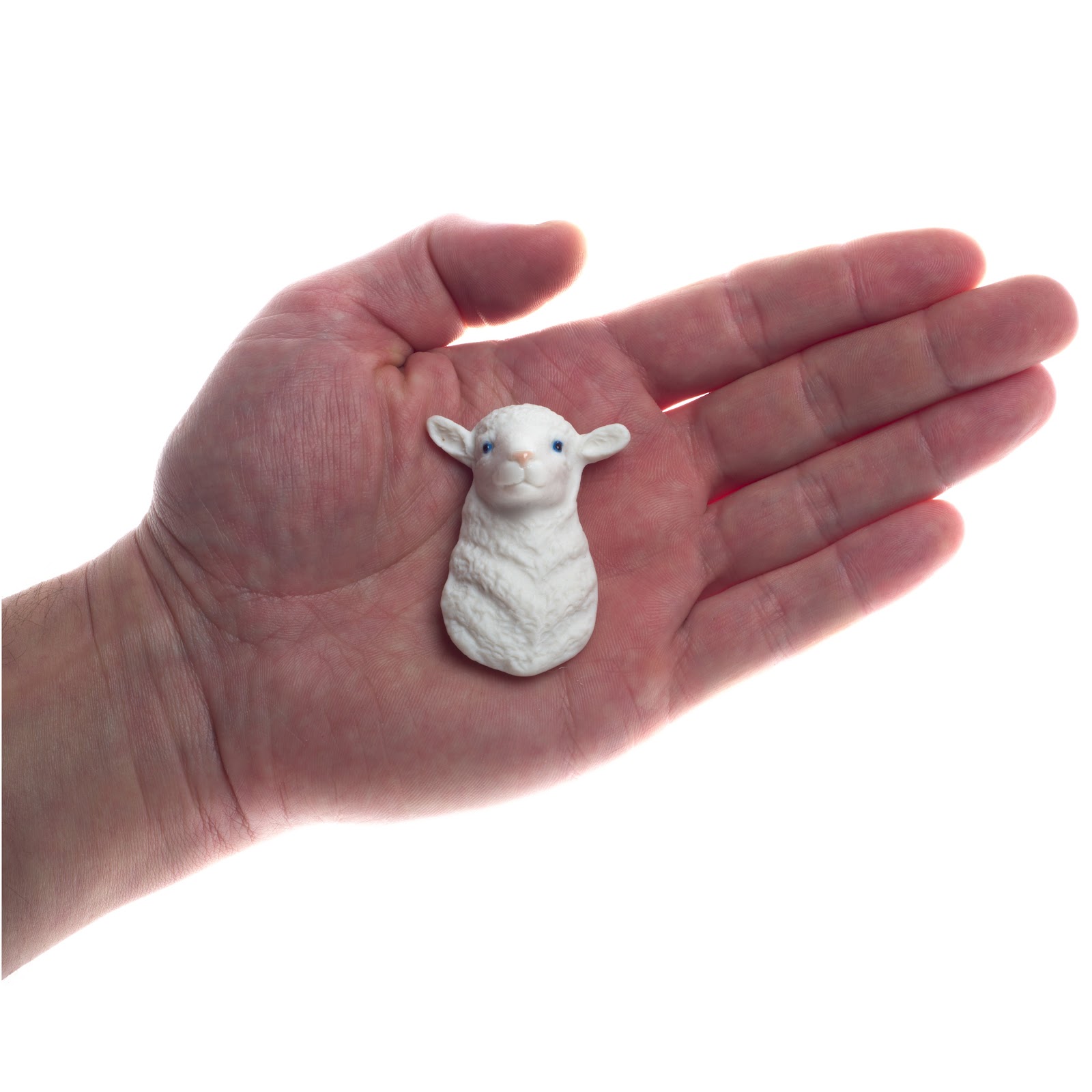 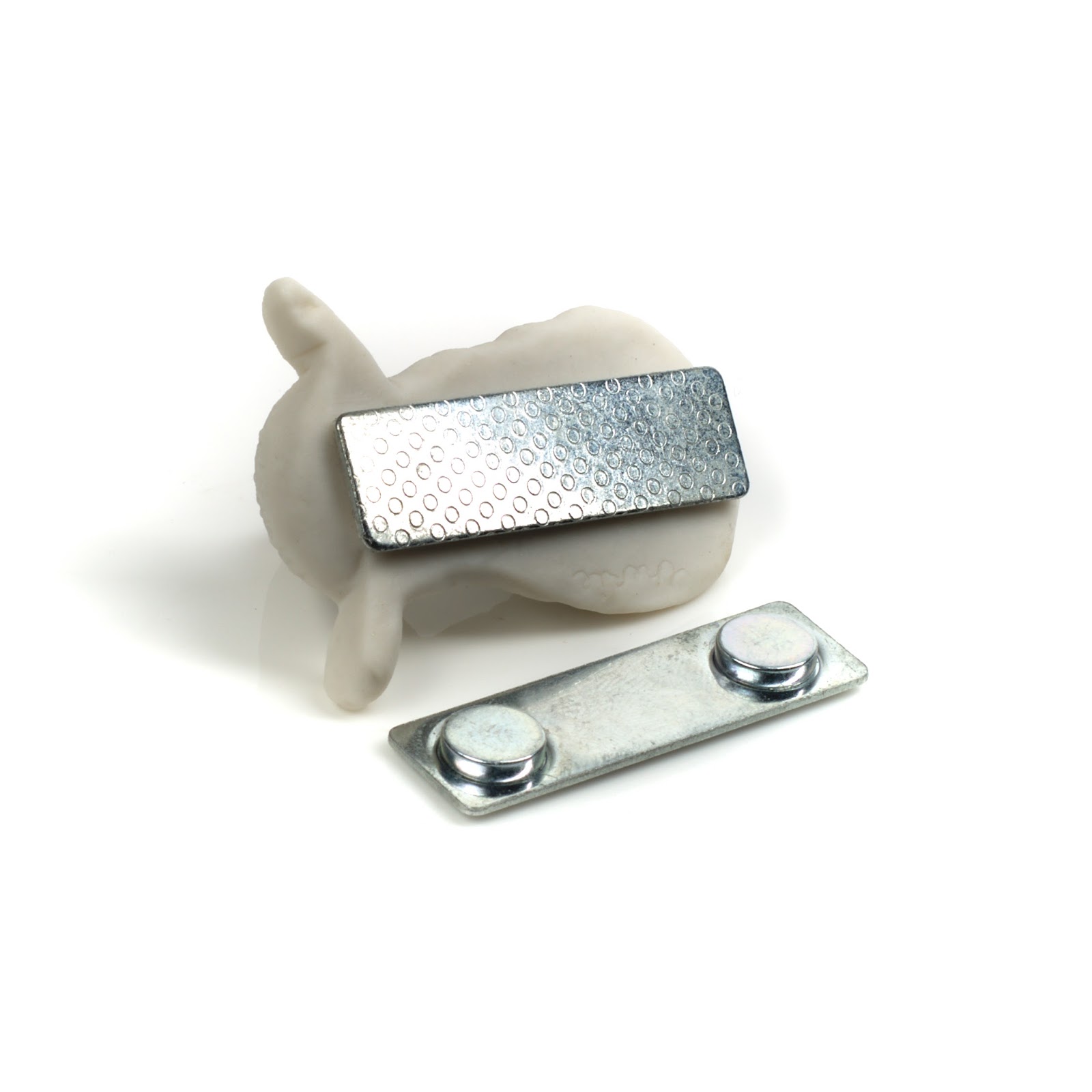 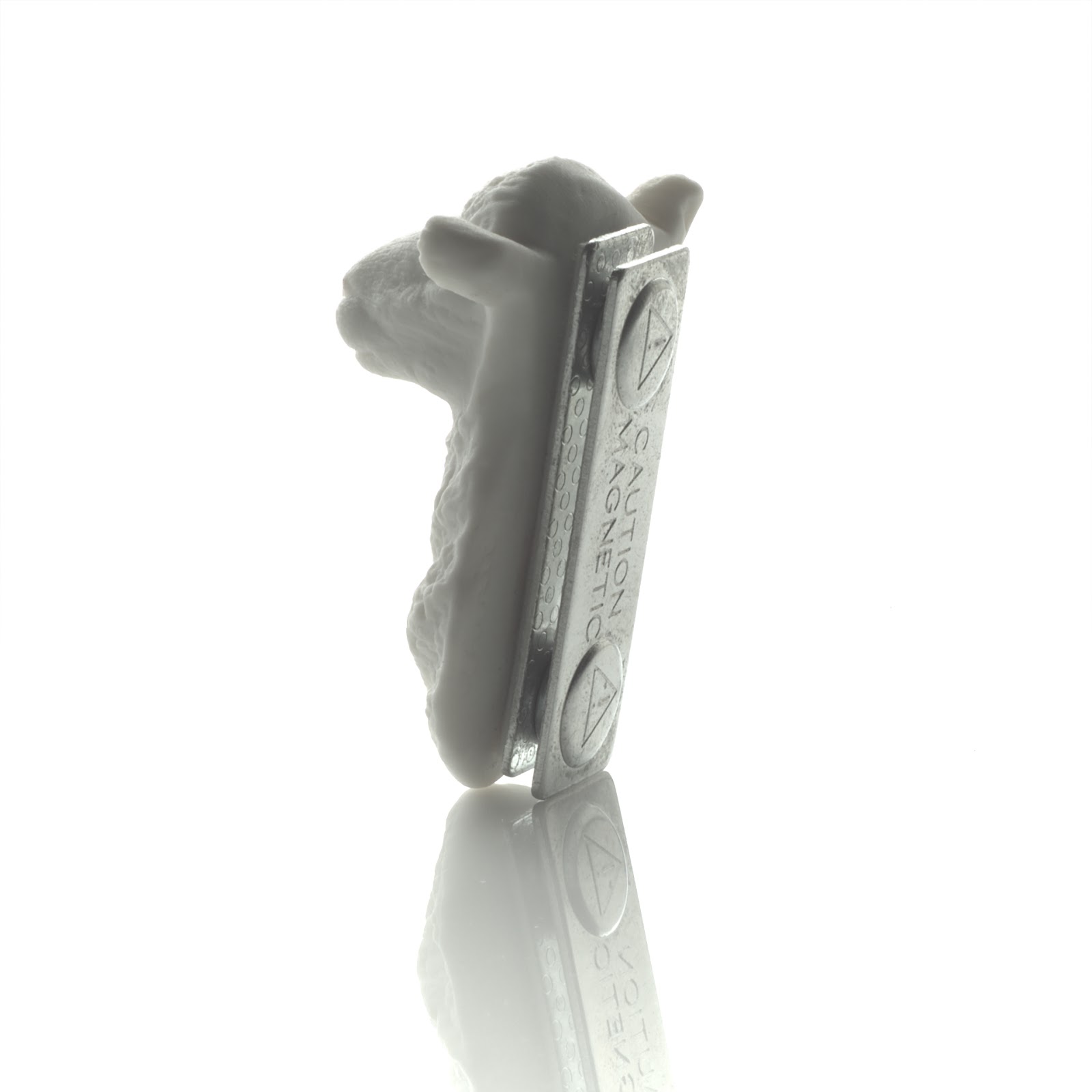 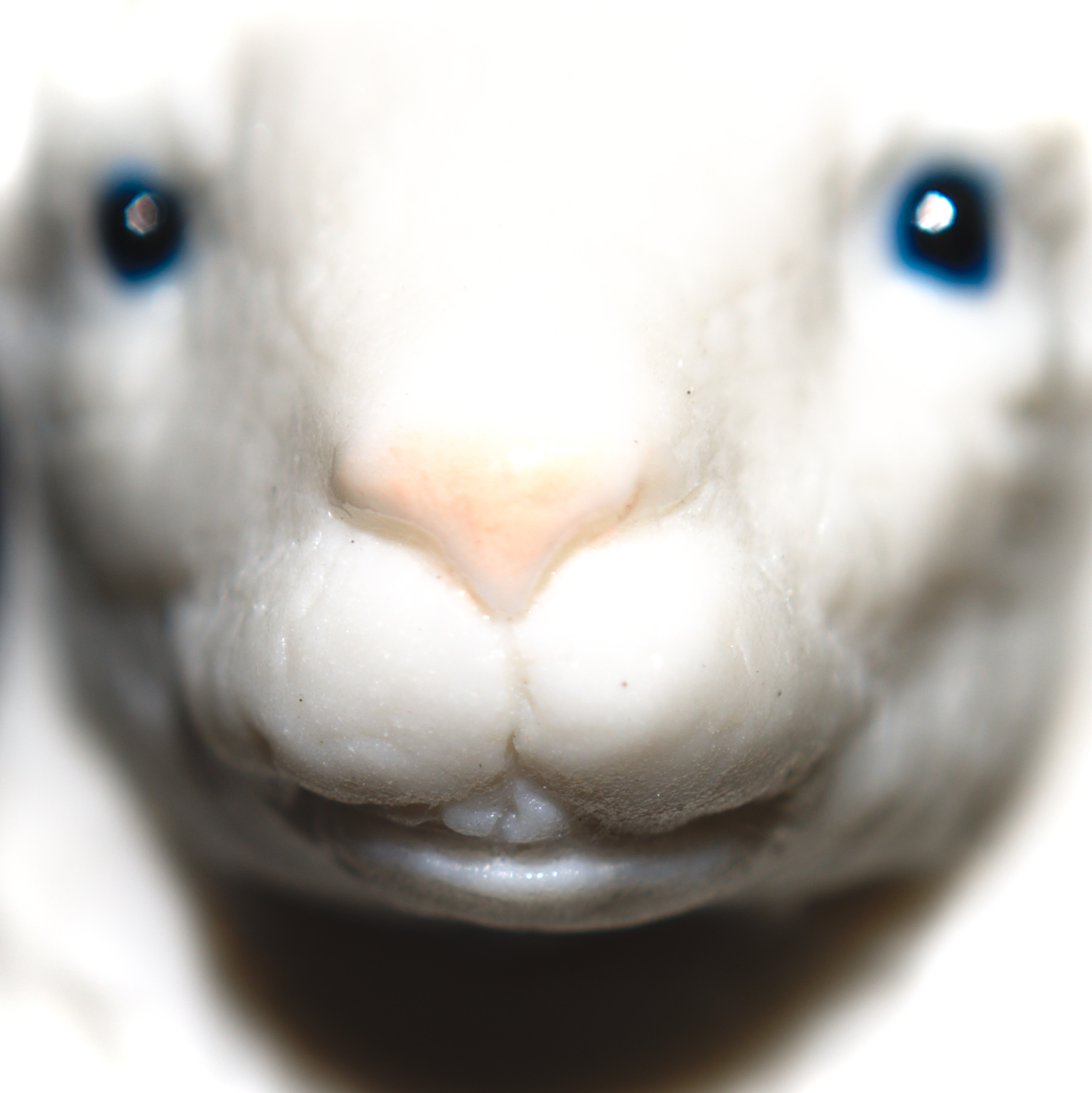 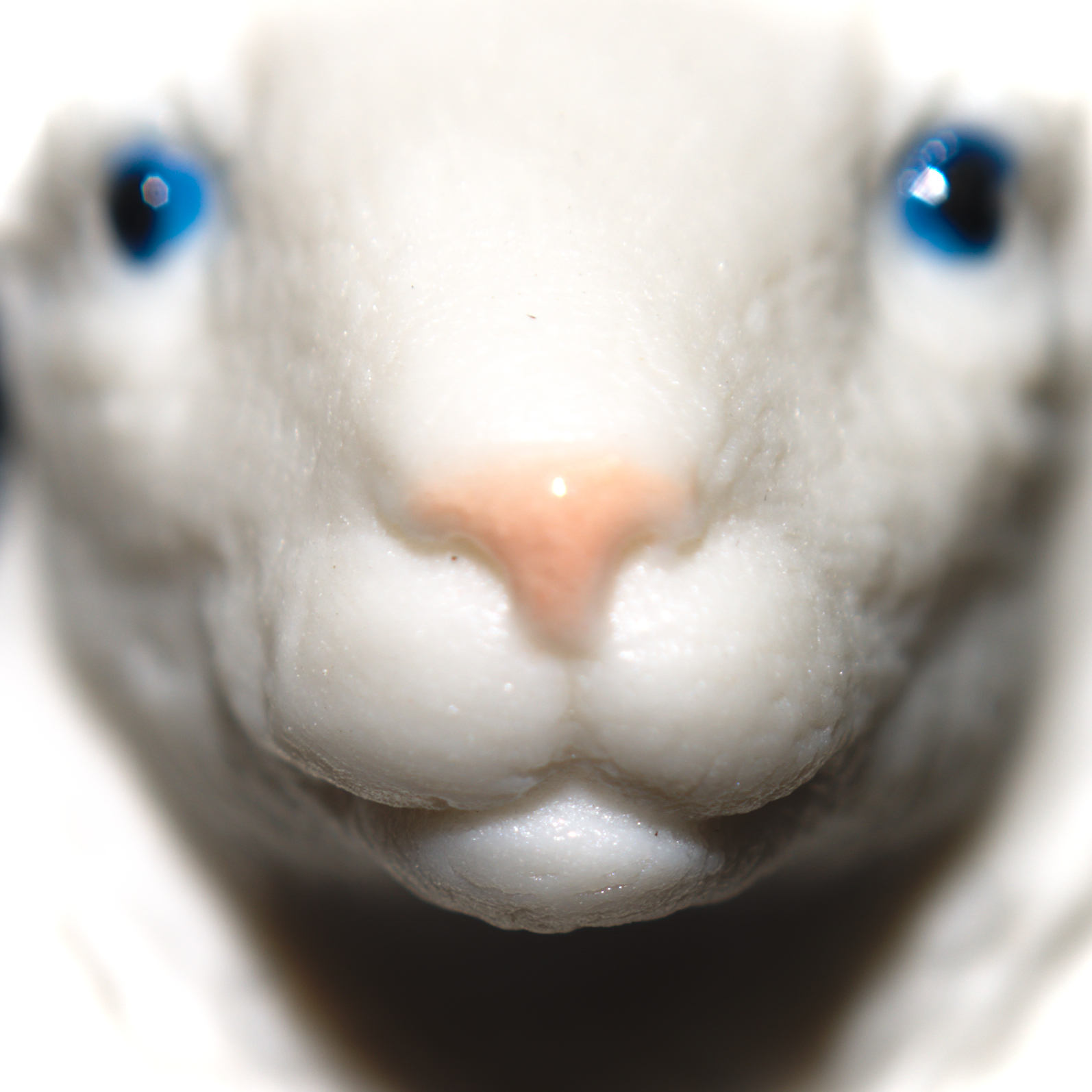 Cherie Peyton from the studios asked me for some help to make her Porcelain Sheep Brooch stand out on Etsy. This was a simple request that made us both happy. I had seen people wearing the adornment looking quite dapper and confident, so much that it even inspired me purchase one as a gift which had in turn was named Derick.

With that as a happy setup, I soon found that this project had several challenges to overcome, including:
On my first attempt I tried shooting it on clear acrylic. That sounds like a seductive idea but the lens flare artifacts were breaking my colors and proved too unforgiving. Then I remembered that we had some wardrobe, which is good for showing the scale of the brooch in the context of a jacket lapel, as well as how it can look in real life when used properly. This was also the first time that I tried the "hold it in your hand" trick that is commonly used by crafts people for showing scale and a link to humanity. There was a sheeple clone concept or two for inspiration, which I could not forgive myself if I had not attempted (albeit it is not quite a tile, as that would take more time). And we rounded off the product shoot with a few white background shots from different angels and a box. Simple, in the end that is.

etsy.com/au/listing/207464312/porcelain-sheep-brooch-ceramic-lamb
cheriepeytonceramicart.com
Labels: Ceramics Photography Cherie Peyton
This blog is an ARCHIVE only.