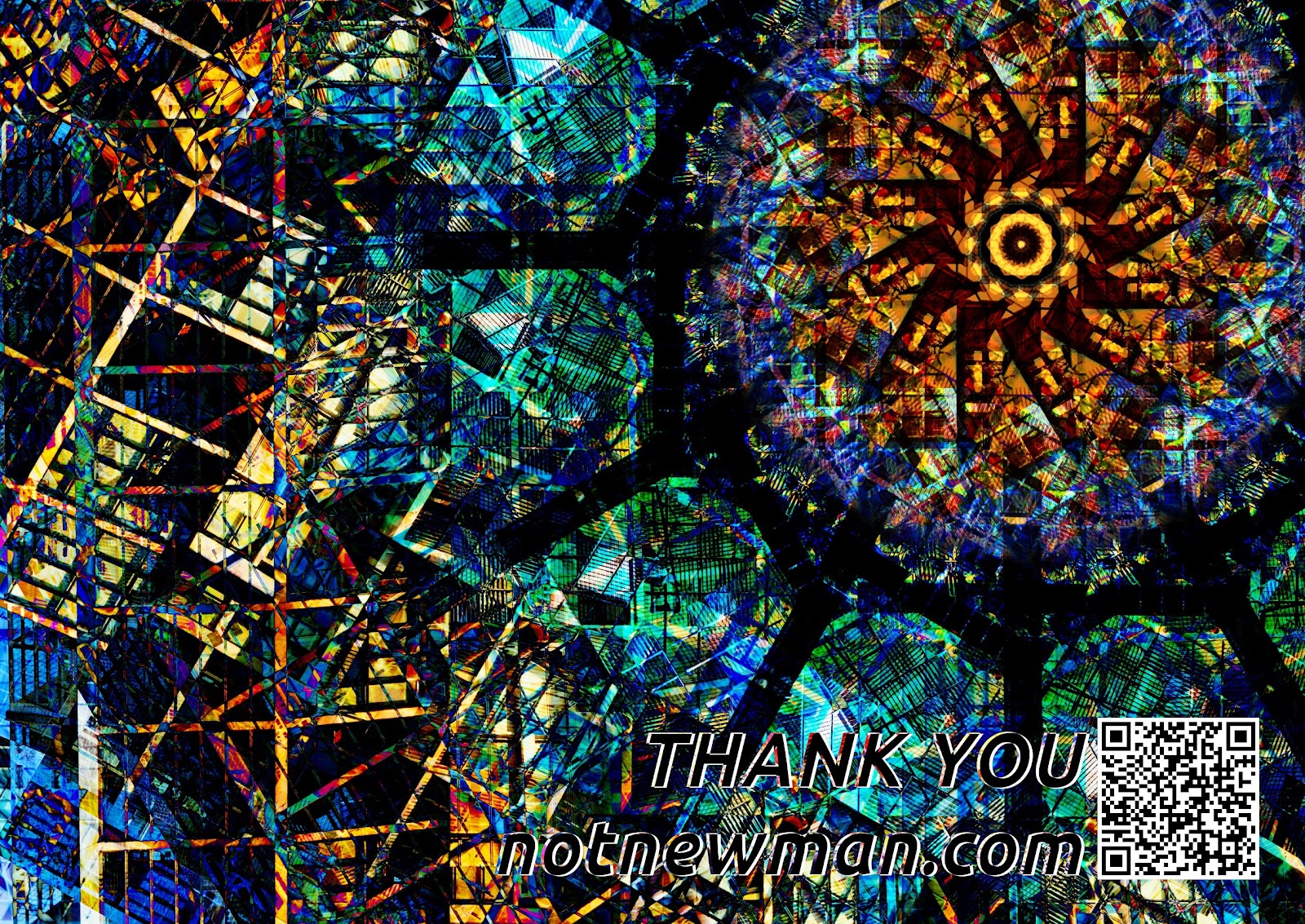 When you climb to the top of Sydney Park and look towards the Sydney skyline, one of the beautiful features that imposes itself is the high rise building of the 221 Zenix apartment complex (225 Sydney Park Rd Erskineville NSW 2043 Australia). 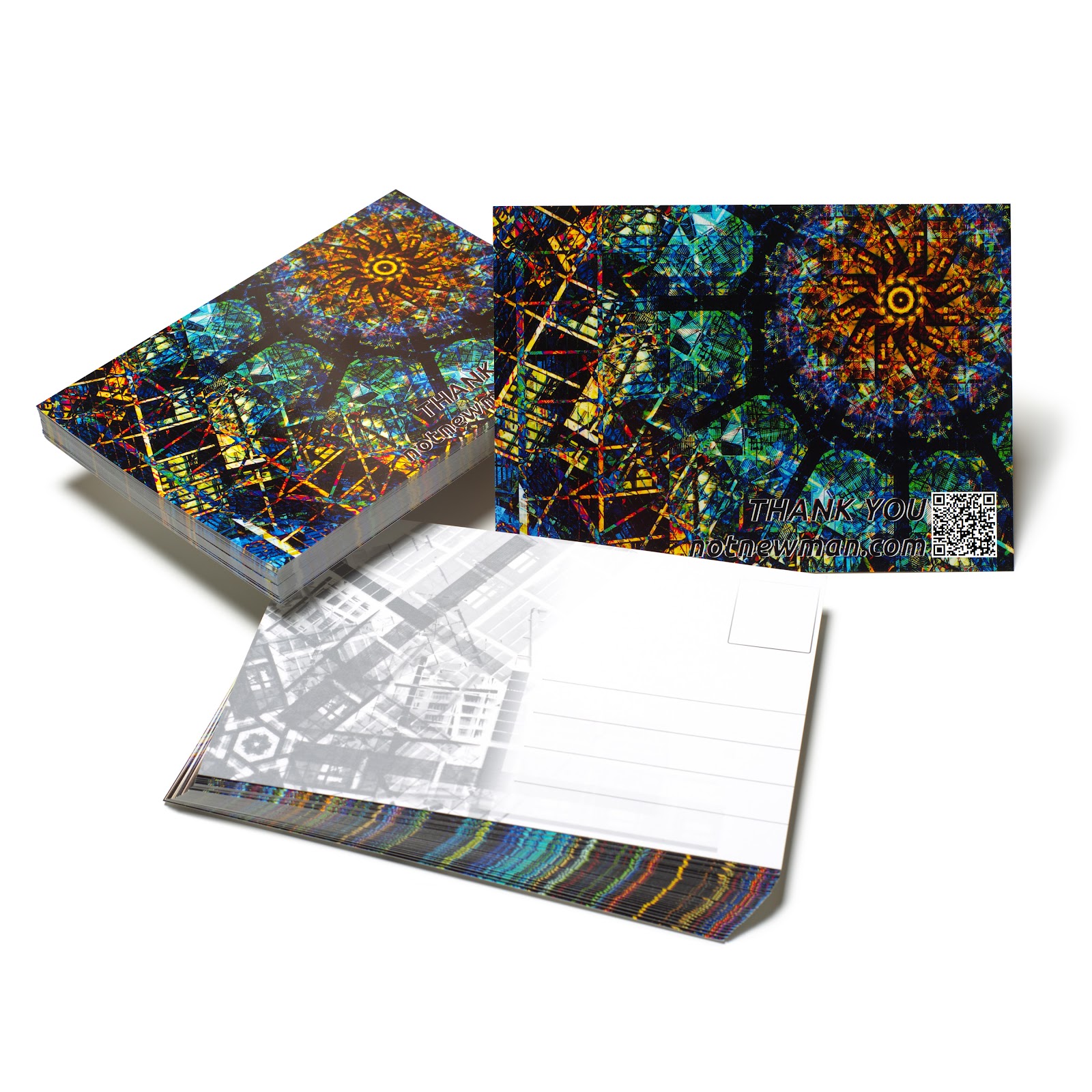 As a backgrounder, in 2013 I was experimenting with producing rotational symmetry, then esoterically referred to as Project Y for lack of creative wordplay to come up with a meaningful term. The source material for each graphic was a high resolution photograph of an object, which then underwent an iterative process of symmetrical duplication, rotations, and other tricks, to create an appealing high res graphic to be printed as a poster.

One of the subjects on the hit list was this building. With my studio space being located close by, I was constantly reminded to follow up the building idea. My hunch was that it should work well, having countless sharp lines, great geometry, and richly colored sunset reflections. So its turn came up eventually. After photographing (August 2013) and playing around with it, the first results were not what I expected, and not so good at all. I was not to give up, but rather walk away, comeback to it and try again until it kinda worked.

The final result was something of a lead light, like a large circular feature window one might find in a cathedral. Like the subjects before it, I printed on an A1 size large proofing poster, and it started to grow on me. Someone in passing asked me if I had a background in chemistry, because this piece looked a crystal lattice. Well, no, but thanks.

After some months had past, and late 2013 meandered to early 2014 there was an artist call out for submissions for sculptures. This was as fine an excuse as any to make a lamp out of one of the graphics -- what else can a photographer submit? After all, I indulged myself in making lamp like things since I was a kid, don't really know why the appeal but regardless. In this case, and after scratching my head for a few days about it, the structural material of choice was an Ikea pedestal lamp. The light source was a multicolor LED gadget from ebay. After trialing some configurations, and then combining with several posters, it had become clear that The Building was going to be my best bet for this challenge. What was working better than expected was the variety of colors and geometries in this poster and how it all interacted with the color rotation of the LED. The effect was that it looked like it was moving! After a month or so on exhibit, like all good things, it was time to wrap it up and move on.

These geometric mandala posters were a solution looking for a problem, and after considerable rumination about what to do next the project was shelved as I was busy with other work. But like all good things, it's never over. One day I was overjoyed when one of my posters was sold, not even as a ready to use mounted print! But eventually we got there, and it was an impressive B0 size print and mounted on lightweight foam core! More time had passed, and another brainwave happened. Within this next chapter (almost a year after the original photo was shot) and a bigger idea, I thought it would be nice to give a gift to the people, namely give a postcard of the graphic to the residents in the tower. The reason is not yet clear to me, but who needs any certain reason to give gifts and to communicate with strangers, we just do. Well that and the fact that all artists are shameless self promoters.

The picture at the top of this post is the final result that I opted to rest on. The photos below are the lamp sculpture and prototypes, the original photographic material and a mixed bag of development snapshots. 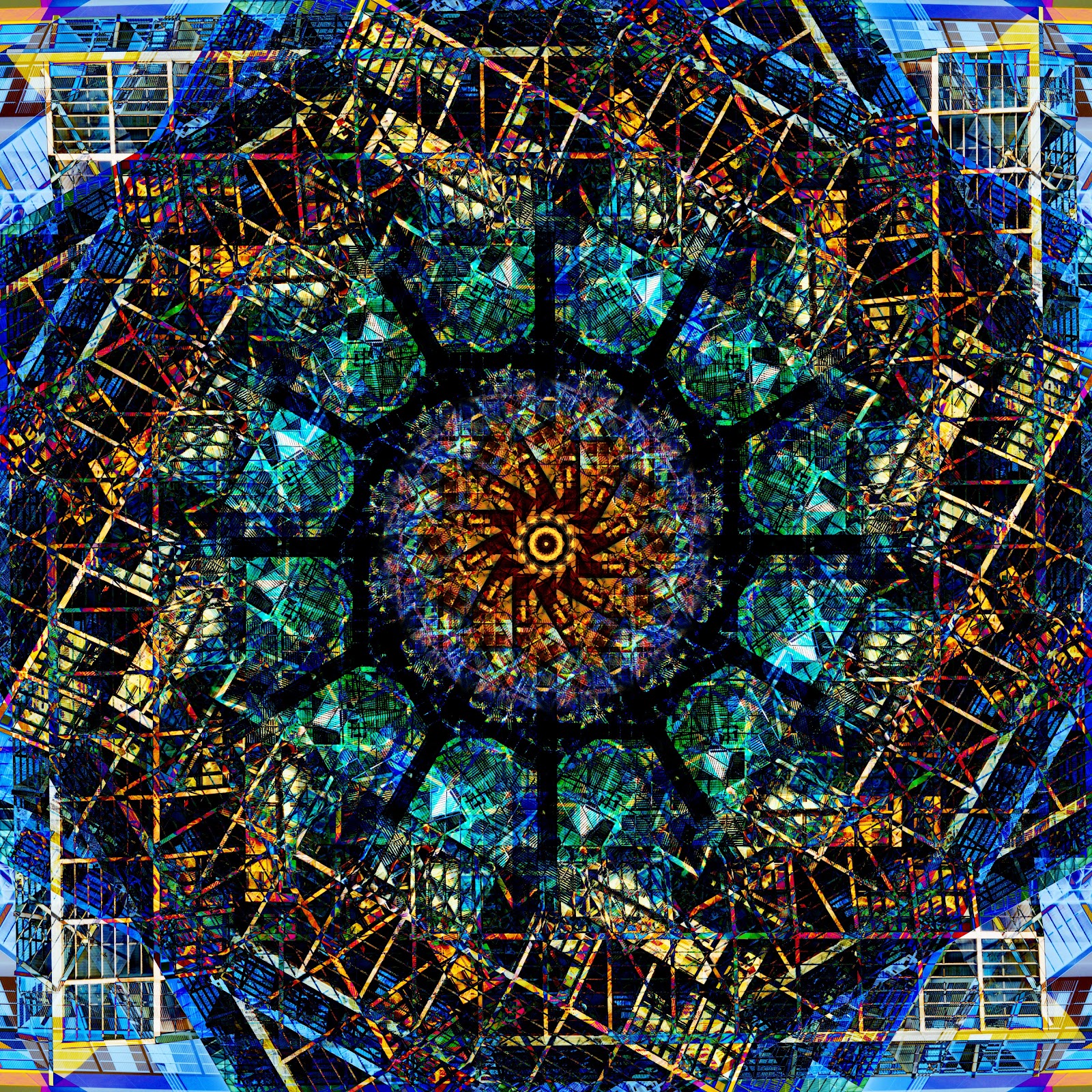 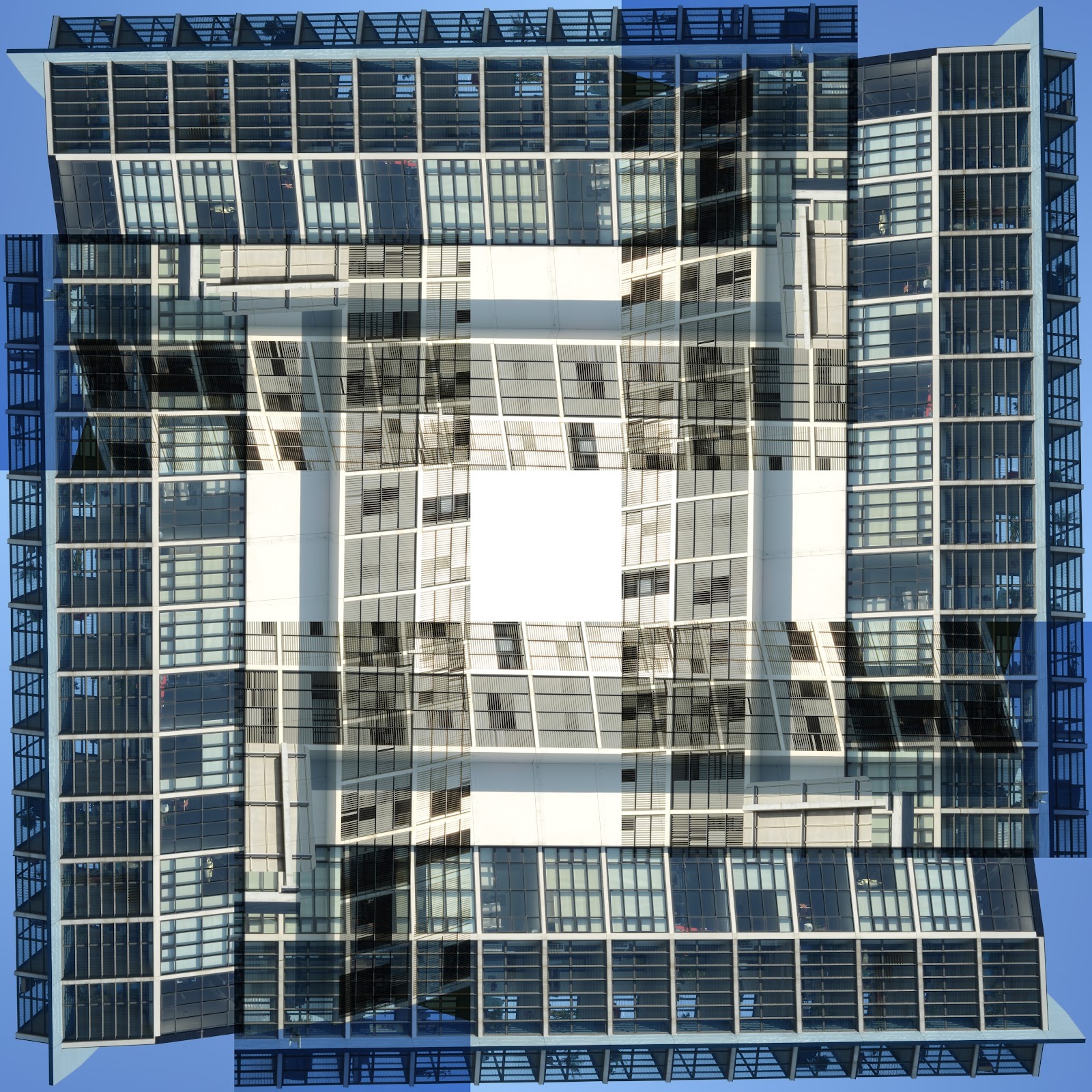 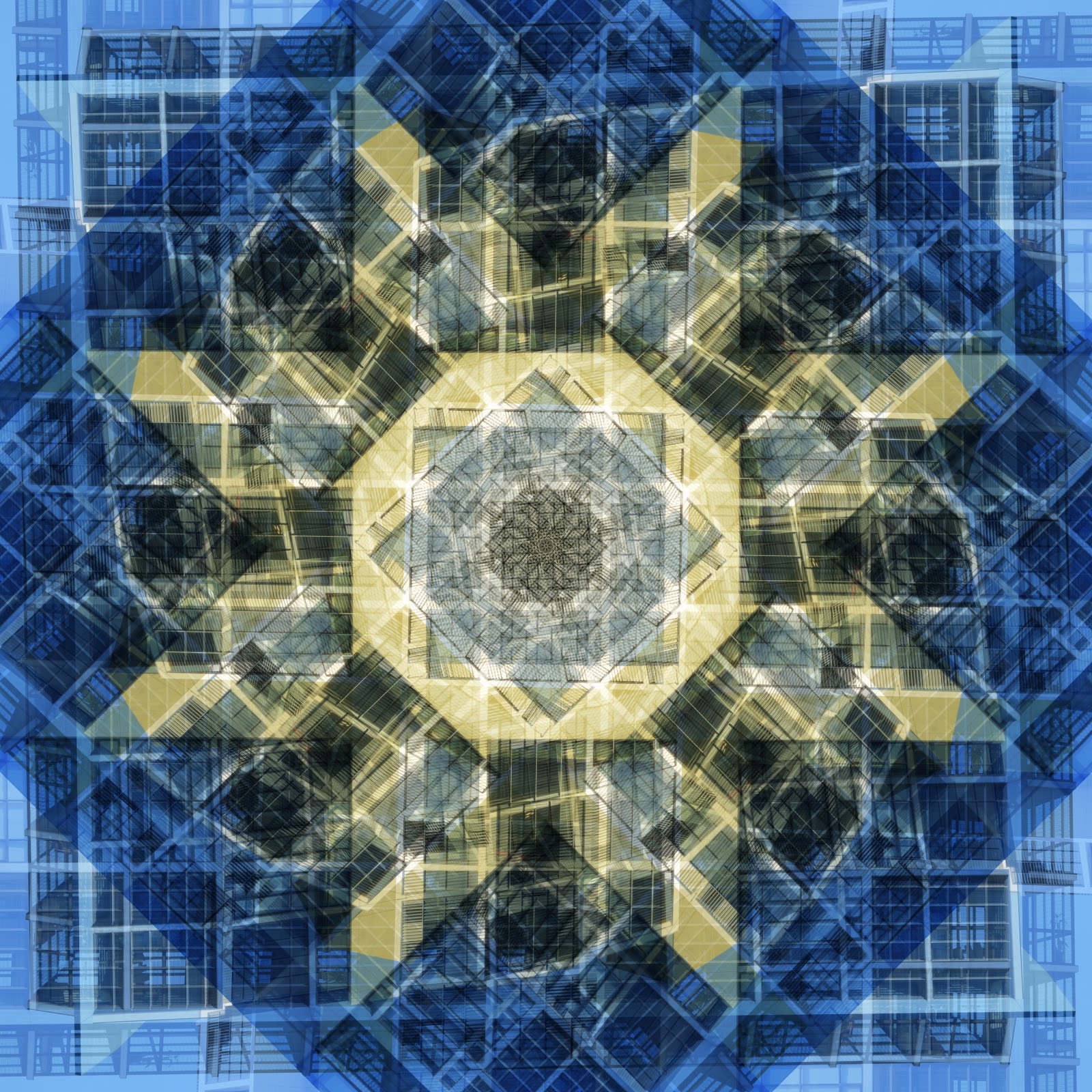 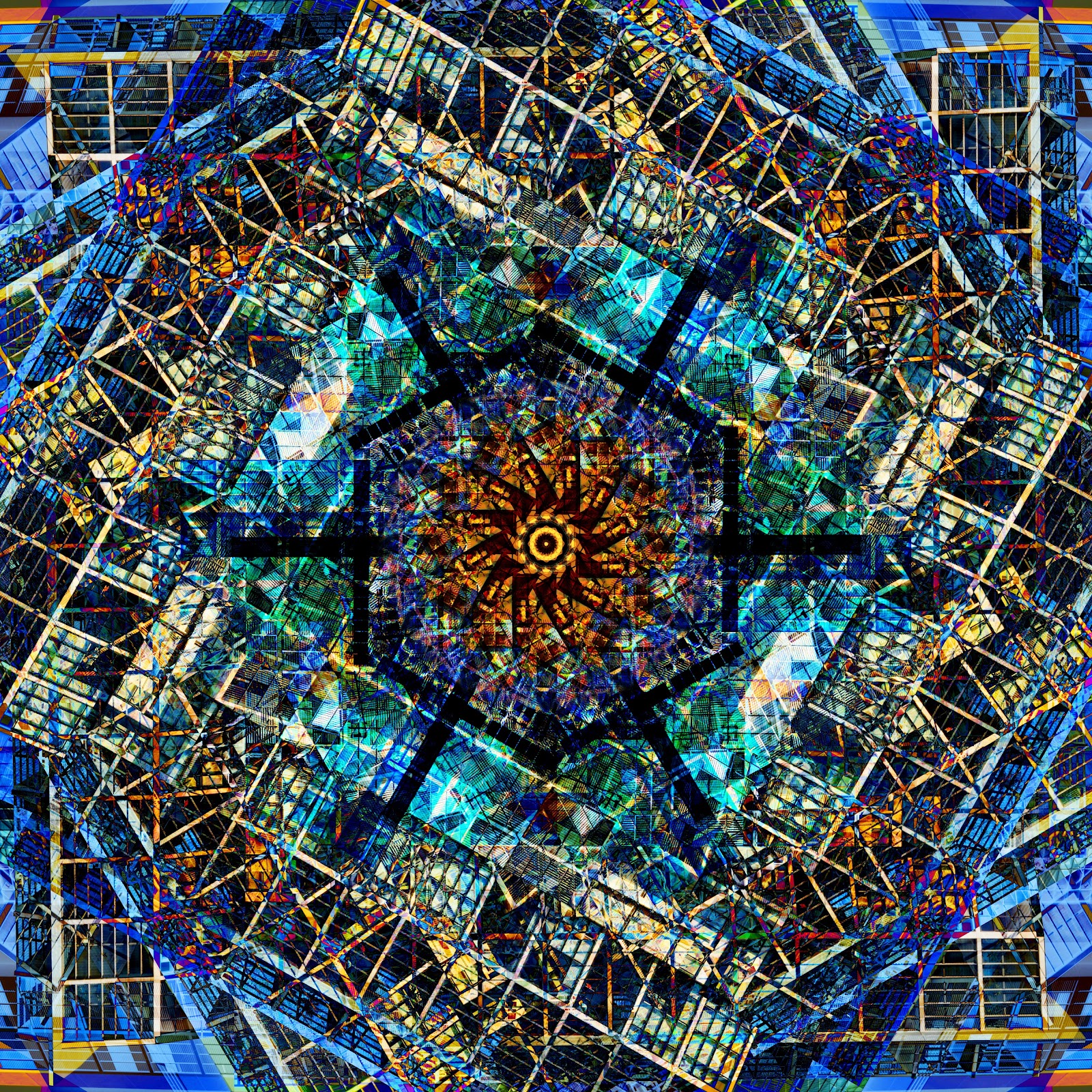 The pictures above are hardly a step by step illustration of the progress from start to the finished piece, but it should hint at what is going on.

What I found was that you just don't get good outer, mid, and center areas out of a single transformation progression, but had to combine range areas from several progressions, based on feature niceness. Ideally, the finished piece should be complex and colorful throughout.

In this case we start with a 36MP 3:4 photo and end with a 36MP 1:1 square image. In later such projects the end result tends to explode to a resolution that really pushes your machine to the limit. At some point in the future I hope to work on a far more powerful workstation, where a gigapixel will be the norm.

It is worth a mention is that these are not kaleidoscopic or fractal. They can be described as mandala-like, with a combination of algorithmic repeating steps regulated by a keen artistic eye.

(Note that the files on this blog are quite good, at 1600px, with a free CC0 license. However full res files are available, with a resolution of 6000px squared, which is excellent for large format fine art prints.)